Today is a day we honor the men and women who are currently or whom have served in the US military. The federal holiday is celebrated every year on November 11. Initially, it was recognized as Armistice Day back in 1919 and marked the date when the World War I cease fire was signed. It was on the 11th hour of the 11th day of the 11th month, according to the Department of Veterans Affairs.

Remembrance is a word naturally associated with Veteran’s Day; however, it is to celebrate all those who served honorably in the military, whether in war or peace. To honor the veterans of Access, we would like to share some of their stories beginning with what compelled them to join.

For some, it was a natural next step because their fathers, aunts, uncles or grandfathers served.

For one, it was a decision that came after 9/11. He shared, “I had a nagging feeling of you’re going to regret it for the rest of your life, if you don’t join and do something.”

For another, he was in high school at the height of the Cold War and had no desire to go to college. “I assumed that we would be going to war with the Soviet Union and I would be drafted. I started looking into the different branches of the service and had requested information from the Army, Air Force and Marine Corps.”

Whatever their reason to join, it had a lasting impact on their lives and those around them. A common thread I have heard and seen is a sense of duty and honor.

“I wanted to be something greater than I was. I knew that if I went in the service that I would come out a better person.” 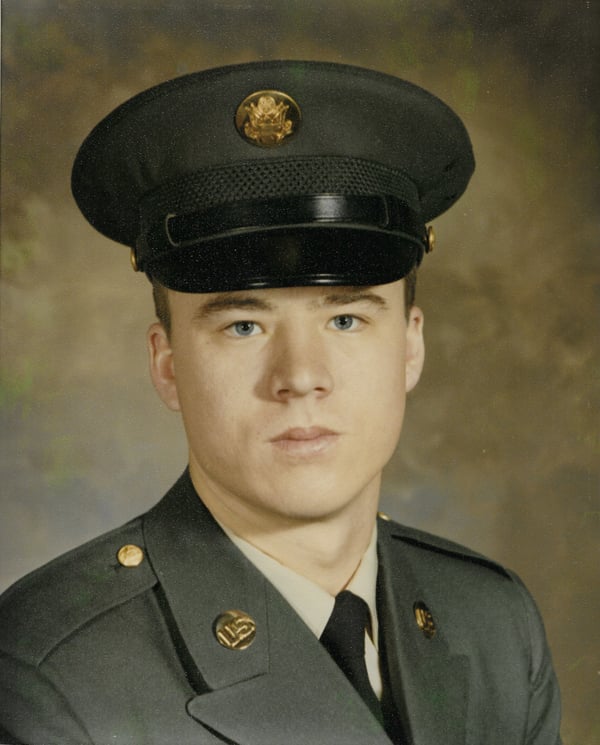 A Chance to See the World

“There are so many memories of the things I experienced while serving:

But I guess the most memorable was coming down the east coast from the north Atlantic and running straight through a hurricane with all the other smaller ships. I was on the USS Forrestal (CV-59) aircraft carrier. The flight deck is 90 feet above the water line and waves were breaking 10-20 feet over the bow of the flight deck. I spent a lot of time on the catwalk around the flight deck, watching the small ships coming through with us disappearing below the waves. The fierceness of the sea was captivating!

That same trip, when we were off the Georgia coast a couple days after the hurricane, the sea was smooth as glass with a cloudless sky. I was out on the starboard forward , when we passed two humpback whales. That was a very memorable couple weeks.”

One of a Kind Experience

"One of my favorite memories was driving a tank in Germany up in the Hohenfels mountains for training. We did a lot of the driving in what was called black out drive using infrared lights and night optics." 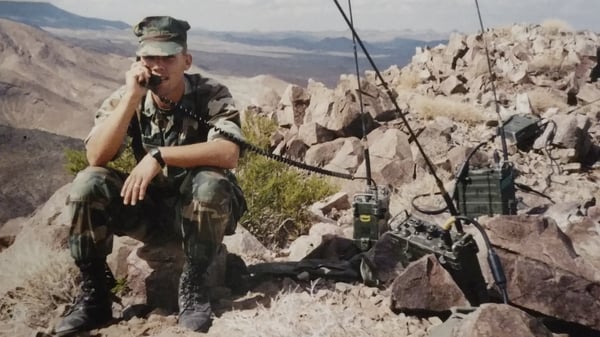 “I was on a routine Medivac picking up medical transport marines, when I was conversing with one of them and found out he was from Iowa. We got to talking, and it turned out he was my first cousin, who I had not seen in a really long time.”

"The camaraderie is something I miss very much. The people come from all walks of life, and they just get thrown together, which ends up being something you can't really recreate. From loading the red bull stunt planes to large tanks I'd only seen in movies; I have enough memories to last the rest of my life." 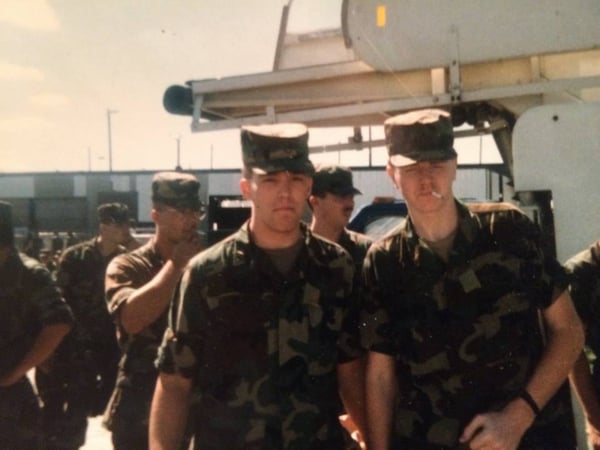 “The one memory that really sticks out in my mind is the first time I saw the ship my squadron (VF-32 Swordsmen) was attached to, the USS John F Kennedy. Although it was not a nuclear carrier, it was still HUGE. I could not get over the size of the ship.

Of course, going out to sea the first time was not fun . I was sick for a couple of days, and the pills they gave me for motion sickness didn’t really help. After that passed, I loved being out on that ship, especially working on the flight deck.

Yes, me being the biggest clutz in the world worked one of the most dangerous jobs in the world, working on the flight deck! IT WAS A RUSH!”

A Time to Be Brave

“I had been a student of Military History, since I was a little boy. Particularly a student of the American Civil War. I had read countless accounts of horrific battle and unmeasured bravery and I always wondered, ‘How could these men, ordinary men, stand in the face of absolute destruction and almost certain death.’ One can read the answer to that question over and over and it would make sense I suppose, but I remember when I found out for myself.

My team was on our first supporting mission in Iraq. Our truck had stopped, and it was time for us to get out. Not gonna lie, I was scared, but one by one we got out. We got out, because the other guy got out. Hence the question was answered.”

“A memory I don’t think I’ll ever forget was trying to start World War III. My unit was preparing for a multi-national military exercise in South Korea during the winter of 1987.  This exercise was the largest in the ‘free world,’ and tensions were high between North and South Korea because of this.

My unit gathered and repeated data regarding aircraft and naval positions, including enemy positions, from all different branches of the service. We would then process this data and project it on what can best be described as antiquated big screen TV’s for the brass to command the air war. Once we got all our gear set up and made sure we could send and receive data from US Navy ships, Marine Corps radar units, and Air Force AWACS aircraft.

Our next check was to ensure that all symbols for the different aircrafts we could identify were displaying correctly in the war room. A buddy and I thought we should make things realistic, so we used our simulator to place some Soviet MIG’s and bombers coming south out of North Korea at the edge of our radar coverage heading toward our position. We then hit the switch to project that info to the big screens.

We were just getting ready to walk out the door of our enclosure to check the big screens, when our Gunnery Sergeant burst in and hit the emergency kill switch, cutting all power immediately. This was never done, because the gear we were using was Vietnam era equipment and many times did not fire back up, even when shut down properly. The sergeant started freaking out on us asking what the hell we’re doing.

We tried to explain that we’re just running all of our checks on the equipment. This was when he informed us that we had not suspended our data link and were broadcasting this info to all units within our range, which they were then re-broadcasting to all other military units in their range, on and on. While the symbols could be identified as simulations when inspected, at first look they looked like actual enemy aircraft which got a few of the higher up’s more than a little excited.”

Thank You for Your Service

At Access Systems, we are proud of our veteran employees. They deserve our honor and thankfulness today and every day.